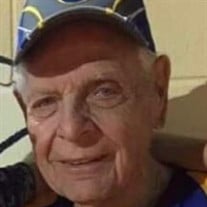 Albert “Al” Fred Hausman Jr., 89, of Port Charlotte, passed away at ShorePoint Port Charlotte, on Thursday, April 21, 2022. He was born to Albert and Elizabeth Hausman, in Indianapolis, IN, March 8, 1933. Al was stationed in California, for the U.S. Army from 1953-1955. He worked various trades, but mainly as a plumber in Indianapolis before moving to Florida in 1980, where he owned Gulf Shamrock Plumbing for 20 years. Al was an avid bowler and sports fanatic. He worked at Treasure Lanes operating the “color pin” program until January 2021. He coached Miss Charlotte Fastpitch Softball, Travel Softball, and girls’ softball at Charlotte High School from 2000 - 2019. Al is survived by his wife Carol, of Port Charlotte; his son Dale (Linda) of Indianapolis, IN, two stepdaughters, Stacey (James) Hart of Venus, FL, Kris (Matt) DeWeaver of Punta Gorda, FL; five grandchildren, and seven great grandchildren. He is preceded in death by his parents, Albert and Elizabeth; his sister, Margaret; and great grandson, Wyatt. In Lieu of flowers, the family requests donations to be made to Charlotte High Girls Softball program or the Animal Welfare League.

The family of Albert Fred Hausman created this Life Tributes page to make it easy to share your memories.

Send flowers to the Hausman family.