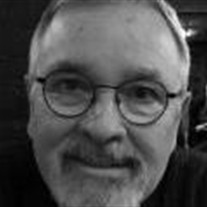 William H. Cummins VALPARAISO, IN - William H. Cummins, 71, of Valparaiso passed away peacefully on Sunday, August 12, 2018. Bill was born on August 11, 1947 in Cleveland, Ohio to Henry and Madelyn (Buckley) Cummins and attended Solon High School, University of Akron, and Baldwin- Wallace College. In 1967, Bill proudly served in the US Army as an Artillery Captain finishing his military career in the Army Reserves in 1978. Bill was a healthcare executive for the past 35 years in the roles of Vice President of Human Resources, Chief Administrative Officer, and Chief Operating Office at Porter Hospital and most recently Chief Executive Officer at Regency Hospitals of Northwest Indiana until his retirement in 2012. Bill was an avid golfer belonging to Valparaiso County Club and St. Andrews Golf Club in Punta Gorda, Florida where he spent the winter months. Bill will be best remembered for his sense of humor and having a joke for every occasion. He is survived by his wife of 23 years, Terri (Furraitti) Cummins and children Terri M. Chase of Great Mills, MD, William "Chip" Cummins, Jr. (Aprille) of Nashville TN, Dr. Eric T. Cummins (Logan) of Phoenix, AZ, Michael C. Cummins of Dallas, GA and Mark C. Cummins of Fort Lauderdale, FL, brother Thomas C. Cummins of Solon, OH and sister Mary Cummins Wlodarski (Wayne) of Tipp City, OH. He also leaves grandchildren Seth, Kailey, Cordi, Chase and soon-to-enter the world, Finnley. Bill will be greatly missed by all including his beloved Chocolate Labs, Buffy and Kelsey. Visitation will be Wednesday, August 15, 2018 from 5:00-7:00 p.m. at MOELLER FUNERAL HOME, 104 Roosevelt Road, Valparaiso, with a private funeral service to be held on Thursday, August 16. Following cremation, final resting will take place in Punta Gorda, Florida. Memorials may be made to the VNA Hospice of NWI.

The family of William H. Cummins created this Life Tributes page to make it easy to share your memories.

Send flowers to the Cummins family.